The Ultimate CBD Isolate Guide: What It Is, How To Make It, Uses 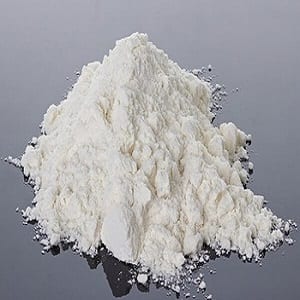 CBD is rapidly becoming one of the most in-demand alkaloids of the cannabis plant. CBD can be isolated through a number of well-established chemical processes. These include using hydrocarbons, ethanol and carbon dioxide as solvents. And each of these processes has its own strengths and weaknesses when it comes to producing industrial quantities of CBD isolate.

With the widespread legalization of hemp throughout the United States at both the state and federal level, this non-psychoactive form of cannabis has been gaining tremendous popularity. It turns out that the cannabis plant has far more uses than merely getting high. Research is increasingly pointing to its potentially notable medicinal benefits.

For those who seek out cannabis primarily to combat medical ailments, cannabidiol, known as CBD for short, is the most important alkaloid. And with widespread legalization of medical marijuana and the relaxation of rules that previously banned medical research into marijuana-derived compounds, CBD is rapidly gaining acceptance among the scientific community, medical professionals and the pot-using public as a serious alternative to a large number of mainstream pharmaceuticals.

Along with its cousin THC, CBD is one of the two most important alkaloids found within the marijuana plant. However, unlike THC, CBD has virtually no psychoactive effects. This means that people who ingest CBD will generally not experience anything close to the famous high that marijuana strains containing significant THC deliver.

But CBD is still an extremely important compound because, along with terpenes, it is responsible for the bulk of the non-psychoactive effects of marijuana ingestion. In sufficiently high concentrations, CBD can potentially mimic the effects of a large number of frequently used drugs, such as analgesics, NSAIDs, antiepileptics, antiemetics, appetite stimulants, anxiolytics, and many others. What’s more, CBD extracts can often deliver these therapeutic effects without the same level of side effects that are frequently seen with the use of the aforementioned classes of drugs.

This is possible because CBD is a compound that is very closely analogous to a class of substances that naturally occur within the body’s nervous system. Called endocannabinoids, these are neurotransmitters that are involved in everything from the perception of pain to the recognition that one may be hungry. By an accident of nature, the CBD that is found within all marijuana plants is so much like these molecules that it can trick the body into thinking that it is one. In this way, CBD acts directly on the central nervous system in much the same way as any other bioactive drug.

What is CBD isolate?

With CBD offering such a wide-ranging panoply of benefits, the interest in CBD isolate has surged over the past few years. So, what is CBD isolate?

Like all plant alkaloids, CBD can be isolated, which means separated from the thousands of other compounds that make up marijuana plants. Plant material can also be refined so that it contains a high concentration of CBD. One of the most common products with high concentrations of this compound is CBD oil. But CBD isolates can be refined to the point where they are nearly 100 percent pure. In this case, the final product usually takes the form of powder or crystal.

The final powder or crystalline form of the pure CBD isolate is typically then used in the manufacture of products, such as dabbing products, creams, gummy candies or edibles. Crystalline forms of the product can be directly smoked, vaped or added to other smoke or vape products to boost the levels of CBD.

What is CBD isolate used for?

So, what is CBD isolate used for? CBD isolate can either be sold as a standalone product or be infused into other products in order to boost their levels of CBD. The reasons that marijuana-industry producers would want to use this medicinal compound are many.

CBD is increasingly being recognized by scientists, medical professionals and those in the cannabis industry as a powerful substitute for a variety of medications, often being tolerated far better by patients, who frequently experience a complete absence of side effects.

Some areas in which studies have strongly suggested the effectiveness of CBD include:

Aside from its medicinal properties, many recreational users of cannabis products revere CBD for its ability to relax and induce feelings of general wellbeing. These are just a sampling of the reasons that many producers within the cannabis industry are turning to CBD isolates as part of a strategy to offer diverse marijuana products.

It should be pointed out, however, that CBD isolate is effectively pure CBD. This stands in contrast to other products that contain high concentrations of CBD but that are far from being pure, such as full-spectrum CBD oil.

It is worth noting that the debate is not settled regarding what form of CBD offers the most compelling benefits. Many professionals and connoisseurs within the cannabis world contend that pure CBD extract is not the best form of the compound due to the fact that all other cannabis elements have been removed.

CBD extracts that still contain most or all of the other compounds that are found within the marijuana plant are known as full-spectrum. These CBD extracts are usually found in the form of so-called full-spectrum CBD oil.

While there is still vigorous debate, a number of respected authorities have suggested that full-spectrum CBD extracts offer superior benefits to pure CBD isolates due to what is known as the entourage effect. This is a consequence of the extract retaining all of the bioactive compounds from within the marijuana plant, including THC, CBD, and terpenes, which then act in concert to create synergistic effects beyond what would be expected if each were taken as isolates.

However, the very strength of some full-spectrum CBD extracts and concentrate is also their weakness. Because this form of CBD often contains significant levels of THC, users may be unable to realize the medicinal benefits of CBD without also experiencing the potentially incapacitating effects of the famous THC high. This can be especially problematic for those who are using CBD purely to combat pain or treat other medical ailments because it can make normally working and even interacting with others difficult or impossible.

For this reason, pure CBD isolates continue to grow in popularity. And there is no sign that demand for this miraculous marijuana extract will slacken any time soon.

How to make CBD isolate

Naturally, you are probably wondering how to make CBD isolate. There are three broad methods to make relatively pure CBD isolate in bulk and a fourth method that is typically used to make CBD oil that can be of very high CBD concentrations but that falls short of the purity needed to classify it as a true isolate.

Let’s take a look at the three main methods to produce industrial-scale quantities of CBD isolate.

CO2 extraction is a common method for removing certain compounds from food items as well as other industrial applications.

This extraction method involves heating and pressurizing CO2 within a range where it behaves as a supercritical fluid. This means that the CO2 exhibits characteristics that are halfway between a gas and a liquid, having the density of liquid but expanding to fill its container like a gas.

In this state, the supercritical C02 acts as a potent solvent, easily penetrating and removing the contents of the marijuana plant and then dissolving them. Because CO2 is an inert gas with virtually no toxicity, this method of CBD extraction is considered extremely safe in terms of the final product. However, the process itself requires careful design and precautions.

Once the CBD hemp biomass material has been extracted by the supercritical fluid, the CO2 is depressurized and quickly evaporates, leaving behind an oil-like solution that contains extracted plant materials.

From here, a variety of methods can be used to extract the individual plant compounds, the most common of which is simple distillation. This is the same process used in the production of alcohol and gasoline. Because different compounds that have been extracted from the marijuana plant have differing boiling points, using careful temperature controls allows for each compound to be isolated.

In some cases, other methods of compound separation that use differing molecular weights and densities may be used as well.

All told, CO2 extraction is a very safe process that can produce highly refined CBD isolate while allowing for isolation of just about any other compound within the plant. CO2 extraction is also the best at preserving all plant compounds, such as terpenes, due to the relatively low temperatures involved.

However, CO2 extraction tends to be costly, requiring the installation and operation of expensive industrial equipment. This method can also be quite complex, requiring highly trained staff. And attempting to save money by going with cheaper CO2 extraction equipment will lead to far longer production times. CO2 extraction is relatively slow, but its ability to effectively target certain compounds as well as its high levels of safety make it a great way to produce highly refined isolates.

Ethanol extraction uses alcohol as the solvent. This is a less expensive but cruder means to extract CBD. And it generally requires more processing after the original extraction of the plant material.

Ethanol is a potent solvent that removes not only the desired compounds like CBD but also chlorophyll and other plant materials. These materials then generally need to be removed through further refinement. Because of this, ethanol extraction is regarded as non-tunable, which means that individual compounds or groups of compounds cannot be targeted in the primary extraction. This is a weakness of the method.

Another problem with ethanol extraction is safety. Even though the ethanol used is never heated to a point where it poses a direct fire or conflagration risk, it is still considered to be a hazardous material. Ethanol vapors can explode above certain concentrations. This means that industrial ventilation equipment must be installed in order to maintain ambient concentrations of ethanol vapors at less than .83 percent. There is also a long list of storage requirements pertaining to ethanol.

However, the use of hydrocarbons means that this extraction method has a number of salient hazards. As a Class I, Division I, hazardous material, industrial-scale butane handling requires extensive training and very expensive facilities for handling the extraction and the materials. However, once the equipment and facilities are in place, the extraction cost is generally quite low.

Residual solvent levels are also a concern and require frequent testing to ensure the end products are not adulterated. Overall, hydrocarbon extraction is optimal for the production of dabbing products, such as crumble, shatter, and honeycomb.

As we’ve seen, there are a considerable number of factors that need to be taken into account when choosing the right method for producing CBD isolate. For those who wish to create pure CBD isolate and who have the manpower and budget to do so, CO2 extraction will normally be best. If setup costs and ongoing manpower are an issue while the end-product does not require high-grade purity, ethanol extraction offers an attractive solution. Hydrocarbon extraction bridges the gap between these two, offering extremely fast production of semi-pure CBD while requiring a notable level of investment.

Ultimately, the CBD extraction method that you choose will depend heavily on what type of CBD product you aim to produce. Carefully defining your market and product will go a long way towards selecting the right extraction method. And while alkaloid extraction is a highly technical and challenging task, mastering the details will be well worth the effort as the industry continues seeing record-breaking surges in demand.